All About HDR with Sony's Gary Mandle

Thank you for joining us for this event on Tuesday, November 3rd, 10am-2pm.

HDR is the new buzzword and everyone wants to understand what it is and how it fits into their environment. In this presentation, you'll have the opportunity to talk with the people who are directly involved in this new technology. Topics that will be discussed include the HDR formats, standards, and proposals, both as live and production formats. Representatives from Sony will discuss the mechanics of HDR as well as monitor alignment and setups for all formats. A demonstration will be available for display of HDR on reference monitoring as well as on TV.

​Gary Mandle, Senior Product Manager for Display at Sony, will present the entire gamut of what HDR is and how it can be used, including examples of test productions using different HDR methods.​ He will​ also discuss monitor technology, especially as it pertains to HDR.

The event will be held at Talamas’ new 1,400-square-foot meeting space at our Newton, MA facility. 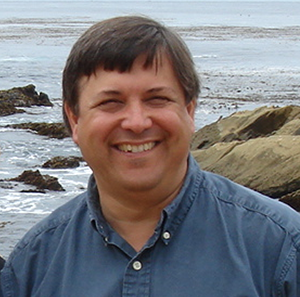 Gary Mandle, Senior Product Manager at Sony Electronics, Inc., has worked within Sony Electronics for over 30 years in the development of new display and imaging technologies. Products that Gary has been involved with include the Sony BVM and PVM CRT model lineup, the introduction of LCD for professional monitoring, the implementation of Sony's digital cinema projection systems, and the development of Sony' OLED reference monitor technology. His current focus is on Sony's OLED technologies which are used in the Sony BVM-E, F, & X models as well as Sony's PVM-A monitor models. He has been published in several SMPTE, IEEE, and SID journals and has been a contributing author to the CRT, LCD, and OLED sections of McGraw Hill's Encyclopedia of Science and Technology. Other areas of work include the design of camera image stabilization systems and CCD sensor development, where he holds multiple patents. Memberships include SMPTE, CIE, IEEE, SIF, OSA, and the ASC.